Who Is Stephen Dunne?

Who Is Stephen Dunne? 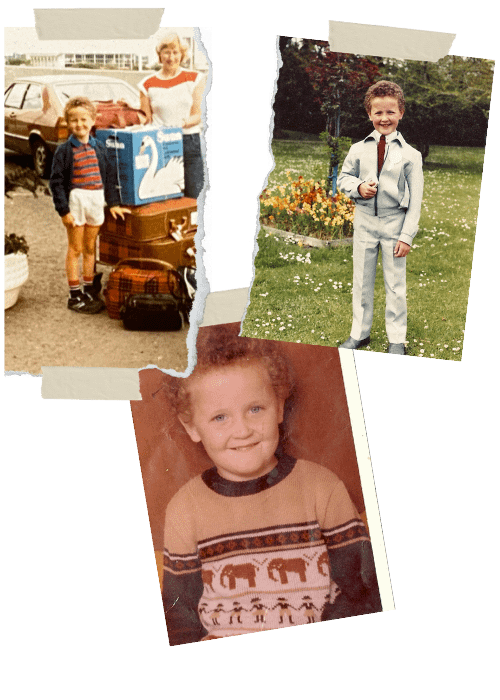 FROM IRELAND TO AMERICA

Stephen Dunne and his family immigrated to the US from Ireland in 1988.  Stephen’s parents decided to immigrate to the United States because they wanted a fresh start and more economic opportunities for their children as Ireland was going through a difficult economic recession.

It wasn’t easy and Stephen learned very early on the importance of a strong work ethic, resilience, and a commitment to education to achieve the American Dream. Stephen’s parents epitomized the immigrant work ethic by working 15 hours a day, six days a week throughout his childhood.

Inspired by his parents, Stephen, at the ripe old age of 12 worked 30 hours a week in restaurants throughout the Delaware Valley, often washing dishes, mopping floors, and serving customers oblivious to his age or his lack of working papers. As long as the job was done right, no one asked any questions.

Several years later, Stephen worked as a laborer with a commercial cleaning business and later opened up his own landscaping business, which he continued to run throughout High School, College, and Law School.

With the help of the GI Bill, Stephen graduated from Penn State University in 2000, while serving as a cadet with the U.S. Army Reserve Officers’ Training Corps.

Stephen graduated from New England Law | Boston in 2005, where he was a Dean’s List recipient, President of the Environmental Law Society, and recipient of the CALI Excellence for the Future Award in Securities Regulation.

In 2009, Stephen founded Dunne Law Offices, a law firm committed to helping people throughout Philadelphia find the right legal solution to their debt.  Stephen specializes in helping individuals and married couples who are in financial distress.

He enjoys seeing the smiles and sighs of relief on his client’s faces after their bankruptcy hearing. That look on a client’s face when they know their debt will be erased is priceless – it’s a transformative experience and one of the many reasons that he truly enjoys consumer bankruptcy law.

Active in his community, Stephen provides pro bono legal services to a number of organizations, helping seniors, the homeless, immigrants and veterans by volunteering countless hours at Christian Legal Clinics of Philadelphia and the Philadelphia Consumer Bankruptcy Assistance Project.

Stephen incorporated a non-profit organization named The Philadelphia Serengeti Alliance in 2012 to provide clean drinking water to under-served communities in rural Tanzania. In 2017, Stephen and several members of the Board of Directors pledged their commitment to raise funds to help rural communities gain access to clean water and took a once-in-a-lifetime journey to the top of Mount Kilimanjaro to raise awareness of PSA’s mission.

Stephen also served as the chief legal officer for The Philadelphia Serengeti Alliance.

Stephen is a family man, married to the love of his life and law school sweetheart, Kathryn Salvaterra. Together they have 4 children and live in Philadelphia, Pennsylvania.

For the last decade, Stephen has been dedicated to helping clients establish a fresh financial start. He understands that filing for bankruptcy can be an emotional and complicated process and is known for treating clients with respect. Media sources, including FOX News, The Nation and The Philadelphia Inquirer, have sought Stephen’s insights on current affairs. He is admitted to practice before all Pennsylvania state courts, the U.S. District Courts for the Middle and Eastern Districts of Pennsylvania and the U.S. Court of Appeals for the 3rd Circuit.